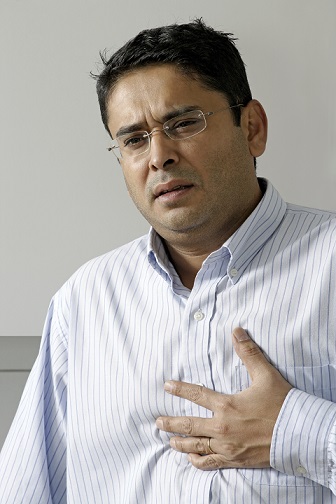 Are we experiencing the next “magic bullet” in type 2 diabetes?
Cardiovascular mortality has long been established as the primary cause of death in patients with type 2 diabetes (T2D).

Cardiovascular effects of oral antidiabetic medications came to the forefront in 2007 with the landmark article in the New England Journal of Medicine, written by Dr. Steven Nissen.  In this publication, Dr. Nissen showed a strong association between use of rosiglitazone and increased incidence of cardiovascular complications and deaths.  In the years following, the FDA placed strong restrictions on the prescribing of rosiglitazone, sharply decreasing the market for Avandia.  Subsequent studies showed no correlation between the use of thiazolidinediones and adverse cardiovascular events, causing the FDA to reverse its stance on Avandia.  This class of agents was of particular interest because it was among the first of the oral agents that did not display the hypoglycemia seen with the sulfonylureas.  More importantly, this event caused the FDA to re-examine its approval process, and enforce that cardiovascular studies be done in all new drug presentation trials.
Until recently, there were no groundbreaking studies that suggested any class of oral hypoglycemic could significantly reduce CV risks associated with diabetes.  In January 2016, the European Heart Journal reported the results of EMPA-REG OUTCOME, a randomized placebo-controlled trial with over 7,000 subjects looked at empagliflozin, a sodium-glucose cotransporter 2 (SGLT-2) inhibitor, which works by reducing glucose reabsorption at the renal tubule, thereby increasing glucose excretion. While a known effect is the reduction of hyperglycemia in T2D, there is also an increase in diuresis, weight loss, and reduction in blood pressure without associated tachycardia.  EMPA-REG OUTCOME showed that patients who received empagliflozin demonstrated significant declines in heart failure hospitalizations and cardiovascular deaths, without a rise in adverse effects, regardless of baseline heart failure state.  Based on these findings, Eli Lilly, the manufacturer of the Jardiance® brand of empagliflozin, saw a significant increase in their stock value, as their product was given preference over other available SGLT-2 inhibitors.
Earlier this month, the American College of Cardiology held the ACC.17, where the results of the CVD-REAL study were released .  CVD-REAL was a meta-analysis looking at over 364,000 patients from 6 different countries (United States, United Kingdom, Germany, Norway, Sweden, and Denmark), with T2D. Subjects were receiving either a SGLT-2 inhibitor or another glucose-lowering drug (oGLD) with even distribution across both arms in all six countries.  Of the patients studied, 3% had baseline heart failure, 13% had baseline cardiovascular disease, and 27% had baseline microvascular disease. The primary endpoint was hospitalization for heart failure, which showed a reduction strongly favoring the SGLT-2 inhibitors (hazard ratio [HR] 0.61; p < 0.001).  The secondary endpoints of all-cause mortality also favored the SGLT-2 inhibitors (HR, 0.49; p<0.001), as did heart failure hospitalizations and all-cause deaths in total (HR, 0.54; p<0.001).
Of important significance is the lack of population heterogeneity across the different countries, which suggests that the positive effects seen can be associated with the entire class of SGLT-2 inhibitors (which include dapagliflozin [Farxiga®] and canagliflozin [Invokana®]), and not just empagliflozin.

The investigators in CVD-REAL have come forth and stated that their findings do indeed line up with those from EMPA-REG OUTCOME.  The significance of this is there now exists an open market for SGLT-2 inhibitors, and that these once very costly medications may experience considerable cost reduction across the class, giving patients more affordable options.
As David Kliff, publisher of Diabetic Investor, recently stated, Dr. Nissen has received plenty of negative feedback from the community for his claims against rosiglitazone.  However, because of his initial findings and subsequent correction, the FDA has re-established its approach to the approval process for treatments of type 2 diabetes to include necessary studies of cardiovascular outcomes, much to the benefit of our patients, and that’s certainly a good thing.
Practice Pearls:
The significance of the fall and rise of rosiglitazone has had a tremendous impact on how type 2 diabetes treatments are evaluated.
EMPA-REG OUTCOME has demonstrated considerable positive effects on cardiovascular outcomes in T2D patients receiving empagliflozin, an SGLT-2 inhibitor.
The recent CVD-REAL study has strengthened the notion that all SGLT-2 inhibitors significantly reduce hospitalizations due to heart failure, as well as displaying a decline in cardiovascular deaths in the T2D population.
References:
Nissen SE, Wolski K. Effect of rosiglitazone on the risk of myocardial infarction and death from cardiovascular causes. N Engl J Med. 2007;356(24):2457-71.
FDA website. FDA significantly restricts access to the diabetes drug Avandia. Press release, September 23, 2010. http://www.fda.gov/ NewsEvents/Newsroom/PressAnnouncements/ ucm226975.htm Accessed March 24, 2017.
FDA website. FDA panel votes narrowly to modify Avandia restrictions, June 6, 2013. http://www.reuters.com/
American College of Cardiology Website. CVD-REAL Study: Lower Rates of Hospitalization For HF in New Users of SGLT-2 Inhibitors, March 19, 2017. http://www.acc.org/latest-in-cardiology/articles/2017/03/13/17/58/sun-2pm-cvd-real-study-lower-rates-of-hospitalization-for-hf-in-new-users-of-sglt-2-inhibitors-vs-other-glucose-lowering-drugs-acc-2017#sthash.4dPCw3Zu.dpuf.

1 thought on “Is there a new “magic bullet” for type two diabetes?”