There is some evidence that a low carb diet can help prevent cancer and also improve the outlook for people who already have the condition. Here are too sites that discuss the issue.

If you are following a low carbohydrate diet to improve your blood sugar control, then fruit is something you need to treat with caution.

You can eat fruit as part of a low-carbohydrate diet, but in moderation (one to two portions a day) and certain fruits are better than others, such as berries. It’s also best to eat fruits after you’ve eaten your meal as this will slow down the absorption of the sugar in them.

If you choose not to eat fruit at all, there are plenty of nutrients and fibre in vegetables – red peppers are an amazing source of Vitamin C, for example – so you won’t be missing out on anything.

“Well,” said Pooh, “what I like best,” and then he had to stop and think. Because although Eating Honey was a very good thing to do, there was a moment just before you began to eat it which was better than when you were, but he didn’t know what it was called.”

We all have fond memories of Winnie the Pooh and his adventures in The Hundred Acre Wood, not to mention his constant appetite for honey.

Honey is frequently hailed as a superfood, not to mention other health uses such as an antiviral and as an anti-fungal. Whilst these latter claims are well substantiated and have strong scientific claims behind them, the use of honey as a “healthy” sugar substitute or as a superfood are less-than glorious.

The micro-nutrient content of honey consists mainly of vitamin B6, thiamine, riboflavin and niacin. However, from a nutrition perspective, that’s all – 5% of the total honey content. The other 95 percent is made up of a variety of carbohydrates, the main one being fructose. END_OF_DOCUMENT_TOKEN_TO_BE_REPLACED 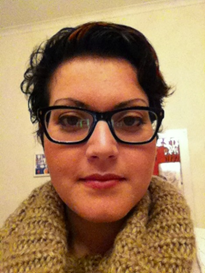 Ruth Buttigieg, BSC (Hons), MSc, ANutr is a qualified nutritionist who works at Natural Ketosis, where she helps people to better their health by changing their diet and lifestyle by following a low sugar low starch approach. Ruth read biochemistry for her undergraduate degree and she also has a Masters in Public Health Nutrition from Queen Margaret University. Here she blogs for us on a question that often comes up when it comes to diabetes and nutrition – is starch another form of sugar?

With the media’s attention on the amount of “added sugar” in our food, the amount of starch consumed daily by the average Briton is not commonly discussed.

A paper published late last year showed that a major contributory factor to obesity in the UK are potatoes and bread [1]. If you are looking to cut sugar out of your diet, it is also worth taking a look at the types of vegetables and fruits you eat, as these may also be contributing to high blood sugar levels.

A common mistake that people make when trying to decrease the amount of sugar in their diet, they overlook items such as starchy vegetables, legumes and grains. While these items look very different to simple sugars such as granulated sugar, honey, etc, they are themselves another form of sugar. END_OF_DOCUMENT_TOKEN_TO_BE_REPLACED