This is a delicious American Italian recipe

half teaspoon each of salt, black pepper and garlic powder

1 tablespoon of olive oil and 2 of butter for grilling

for the creamy sauce:

half a litre of double cream

half a teaspoon of chilli flakes

half a cup of tomato chopped

(or use what you have in the fridge!)

half a cup of mozzarella cheese grated

season the chicken with salt, black pepper and garlic powder.

Saute each side in olive oil and butter mixture with chopped garlic till cooked. Set aside.

Saute the chopped garlic and green chillies in the same pan.

Then add the cream and mixed herbs, chicken stock cube or liquid, and chilli flakes and simmer gently till it thickens.

Now add back in the chicken pieces, juices that they have been sitting in, and chopped vegetables till they are tender.

Sprinkle oregano, mozzarella and parmesan till just melted and serve immediately with salad, cauliflower rice or on its own.

CREATE IT
1. Heat 1tbsp of olive oil in a large frying pan and soften the shallots over medium heat.
2. Add the mushroom and cook until beginning to soften (use more oil if needed).
3. Add the garlic and cook for a further 1 minute.
4. Drain most of the liquid from the tinned tomatoes and add to the pan with a pinch of salt and pepper, keep on a low heat whilst you cook the aubergine.
5. Slice the aubergine into rounds about 1/2cm thick and use the remaining olive oil to brush each side.
6. Cook the aubergine in batches in a hot griddle pan to soften and colour, turning half way through (2-3 minutes each side). Place on a plate to uselater.
7. Take an oven dish and add a layer of the tomato sauce to just cover the base.
8. Layer half the aubergine on the sauce and top with the tomato slices.
9. Scatter the chopped mozzarella on the tomatoes.
10. Use the remaining aubergine to add another layer.
11. Stir the basil through the remaining tomato sauce and pour over the aubergine.
12. Top with the grated cheddar cheese.
13. Place in a pre-heated oven on medium heat for 30-40 minutes until the cheese is melted and bubbling.
14. Serve with a fresh green salad.

My comment: this dish can also be cooked on the barbeque as long as you oil the shrimp first.

Cut each piece of prosciutto in half, lengthwise. Place a sage leaf on each shrimp. Wrap one Proscuitto half around each shrimp. Refrigerate for a few hours if you have time.

Heat a stovetop grill. Coat the pan with olive oil. Place the wrapped shrimp on the grill and cook for about 4 minutes on each side. The prosciutto will get crispy. Sprinkle with the black pepper and remove to a serving plate. 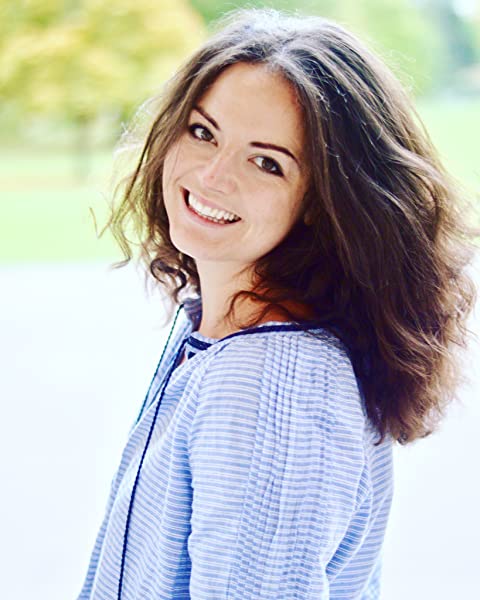 Emma has more recipes at http://www.thelowcarbkitchen.co.uk and is the co-author with Dr David Cavans of “Type 2 Diabetes Low Carb Recipes” which is available at bookshops and Amazon.

As promised this is Emma’s recipe for a cheesy bread recipe that can be eaten on its own or used as a pizza base. You can watch her make this on the PHC conference 2020 on You tube.  The recipe is at the end of the video and also here.

Preheat your oven to 180 degrees

Then add the 150g mozzarella gradually to melt it a bit.

Take it off the heat and start making your dough.

Add a little salt, 3/4 of the parsley, yoghurt, one teaspoon garlic powder (optional for more garlicky tasting base) and  baking powder. Mix thoroughly.

Now add in your almonds, and beaten egg and form the dough.

Form a ball then roll this out on a sheet of greaseproof paper or baking parchment or silicone liner.

Form into a rectangle, oval or circle according to your plans.

Bake for only 5 minutes.

Now take out and add the rest of the cheese and parsley for the cheesy bread.

If this is your aim put it back in the oven for another 5 minutes. Then take it out and eat.

If you would like to make a pizza,  don’t add the extra cheese topping after 5 minutes. Keep the dough in the oven for the full ten minutes. Once it is fully cooked, add the toppings such as cheese, THEN passata or tomato puree, more  cheese and then whatever you fancy/have available such as  mushrooms, ham, prawns, or peppers and then put it back in the oven for 5 minutes. Passata directly on the base can make the pizza a bit soggy in the middle.

You are then ready for your pizza or cheesy bread.

The Public Health collaboration online conference 2020  was very successful.  The videos are available on You Tube for free making the conference even more accessible for everyone who needs advice on what to eat to stay healthy.

If you are able to contribute to the PHC fund to keep up our good work please do so. Sam Feltham has suggested £2.00.  This is via the PHC site.

This year there were contributions from mainly the UK but also the USA.

Visitors to this site will be very pleased to know that keeping your weight in the normal range, keeping your blood sugars tightly controlled, keeping your vitamin D levels up, and keeping fit from activity and exercise, are all important factors in having a good result if you are unfortunate enough to be affected by Covid-19. We have been promoting these factors in our book and website for several years now, mainly with the view to making life more enjoyable, especially for people with diabetes, now and in the future. The reduction in the severity  to the effects of   coronavirus is a side effect of these healthy living practices.

Several talks went into the factors and reasons for this, but in a nutshell, if you are in a pro-inflammatory state already, you will have a much more pronounced cytokine inflammatory response to the virus than is useful for clearing the virus, and you end up with inflammed lung tissue which leaks fluid thereby impairing your blood oxygen levels.

A talk that I found particularly apt was the talk from a GP who had had a heart attack at the age of 44 despite a lack of risk factors except for massive stress. He gives a list of self care practices that helped him. I would also include playing with your animals. Emma and I are cat lovers and can vouch for this!

My talk is about VR Fitness, which was the only talk this year which was specifically exercise related. The Oculus Quest has only been out a year and has been sold out since shortly after New Year. I was fortunate enough to buy one in anticipation of my imminent retirement, and it has been great as an exercise tool over the long, cold, dark winter and more useful than I had ever anticipated over the lockdown as a social tool.

There were several very professional cooking and baking demonstrations on the conference this year, and indeed, this could not have otherwise happened on a traditional stage format.  We had low carb “rice”, bread, pancakes and pizza demonstrations which may well help you if you prefer to see how it is done step by step or if you want to broaden your repertoire.

I was particularly taken with the pizza base idea from Emma Porter and I will follow up with this in a later post.  The whole video is available from the PHC  site which takes you to all the videos on You Tube. 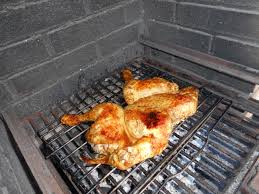 Reserve 3 tablespoons of the marinade in a small storage container and the coat the chicken with the remaining marinade. Cover and refrigerate 4 hours to overnight.

Heat an outdoor grill or stovetop grill pan.
For the Piri-Piri Sauce
Add reserved marinade, water, and sugar to a small saucepan and bring to boil. Cook for 2 minutes, remove from the heat and keep warm.
To cook the chicken
Place chicken bone side down on the grill. Cook for 10 minutes. Turn chicken over and cook for 25-30 minutes. Turn chicken over once more and grill for another 5 minutes. Remove the chicken to a serving platter and drizzle the sauce over the grilled chicken.

Cover and let sit at room temperature for at least 1 hour before serving.
The Sambal will store up to 4 days refrigerated in a tightly covered container. 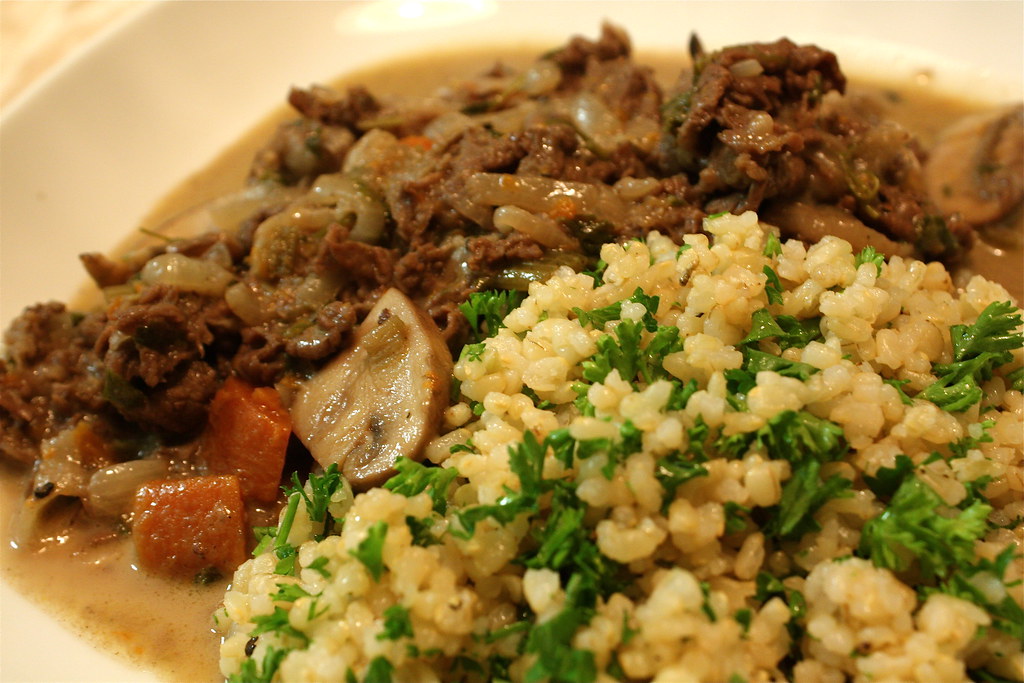 Heat a large non-stick skillet over high heat and sear meat on all sides, for about a minute. Work in small batches so the meat does not give off any liquid. Remove to a plate.

Add the butter and onions and saute until tender.

Blend broth, flour, mustard, heavy cream, and sour cream together. Lower heat, add the liquid mixture, and simmer, without boiling until sauce thickens about 5 minutes.
Return meat to the sauce and heat, without boiling until meat is warmed through. Season to taste with salt and pepper; stir in dill and parsley.

Beef Stroganoff is traditionally served with noodles. Rice  is also used and low carbers can make cauliflower rice as an option.

This is traditionally served with couscous.

Directions
Preheat the oven to 325 degrees F. Heat a wide, deep braising pan over medium-high heat.
In a small bowl, combine the chili paste, paprika, turmeric, cumin, ginger, cinnamon, coriander, allspice, cardamom, cayenne, orange zest, and 1 tablespoon oil. Stir to form a paste.
Season the chicken with salt and pepper; rub half of the spice mixture on both sides of the chicken thighs.

Add the remaining 1 tablespoon oil to the heated pan. Sear the chicken skin-side down until golden brown, about 5 minutes. Turn and brown the other side. Remove the chicken to a plate.

Add the garlic, onion and remaining spice mixture to the same pan, using a wooden spoon to scrape up any browned bits from the bottom of the pan. Reduce the heat to medium and cook until the onions are softened and lightly browned, about 5 minutes.

Return the chicken to the pan along with the tomatoes, chicken stock, olives, preserved lemon, and sliced oranges. Cover the pan and place it in the oven to braise for about 1 hour and 15 minutes. Uncover and continue to braise until the chicken is tender, another 15 to 20 minutes.

My comment: This can also be a useful breakfast dish and many different vegetables can be used.

Add the wine and cook for one minute. Add the garlic and anchovies (or anchovy paste) to the pan. Cook, stirring, for 30 seconds. Add tomatoes, olives, capers, and crushed red pepper; cook, stirring, for 1 minute. Add the tomatoes and simmer until the tomatoes break down and the sauce is thickened, 2 to 4 minutes. Return the pork and any juices to the pan, turning to coat with the sauce. Top the pork with the sauce.