This is part one of a three part series on how we have ended up with a cardiovascular disease epidemic, what treatments we are using which don’t work, and what treatments do work.

The in first episode Belinda Fettke discusses the history behind the 7th Day Adventists who genuinely believed that they were bringing health to the USA population by promoting a grain based diet.

This is a long video but entertaining as well as informative. 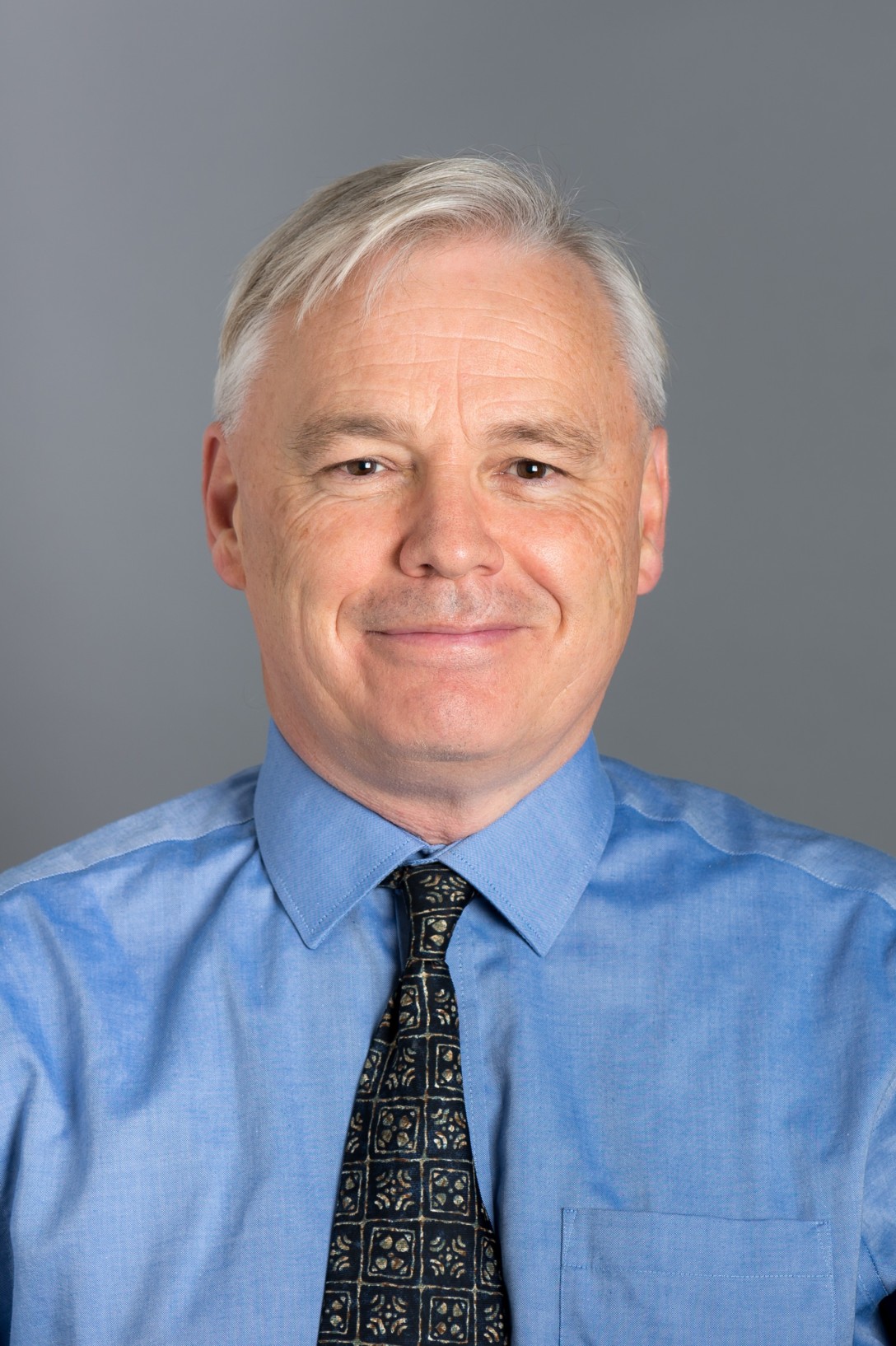 Sam Everington worked as a lawyer before re-training as a GP. He is now the chair of Tower Hamlets Clinical Commissioning Group, has served on the Kings Fund, and gained a knighthood.

Tower Hamlets is a very deprived area in east London, despite this they have achieved the best rates of blood pressure control and cholesterol in patients with type two diabetes.

Sam puts this down to a much closer involvement by the hospital diabetes consultant with patients directly in the community instead of the hospital ivory towers which is traditional in the UK.

By mainly giving telephone advice to local GPs and pharmacists, he was able to give quick decisions on optimal treatment.

Sam says, “Diabetes is a complex disease, so you have to have a comprehensive approach, using everything you can to improve lifestyle and motivate patients by focussing on what is important to them. It is key to have a care plan that is individualised to each patient, systematically going through with a nurse and creating the plan in partnership with them.

“If you accept that social factors are responsible for 70% of a person’s health and wellbeing, then there is a big gap in primary care. If we don’t tackle social factors, we are really only having access to 30% of the therapies that we really need. Therefore we have introduced social prescribing in every practice in Tower Hamlets.

“We use a referral form, ticking boxes on lifestyle, environment, social and mental health. Patients then see the social prescribing advisor and talk through what will motivate them. They are then connected to one or more of 1,500 voluntary sector organisations in Tower Hamlets.

“We also encourage patients to access their own notes so they can see their results and take control. All the evidence shows that when patients manage their own illness the outcomes are better. All our patients are offered a half or whole day diabetes education workshop.”

My comment: Well done Sam. A great example of joined up thinking being adequately resourced to achieve great results.

Today I reach 60 years of age.  This is a milestone birthday mainly because I’m retiring from general practice. I’ve worked in Ballochmyle Medical Group since I was 27. Since then I’ve seen huge changes.

Lloyd George envelopes for records, which had been used since 1948,  were diligently assembled into A4 files in the late 80s, and then computerisation started in the mid 90s.  In the 80s days doctors had to guess the diagnosis or open someone up,  but today MRI and CAT scans and many more keyhole, radiological and diagnostic procedures make diagnosis faster and easier, at least for the doctor.

The single handed and small group  GP practice doing all their own surgeries, visits and on call, have thankfully been replaced by large practices with GPs and nurses specialising in different areas. They are supported by in house Pharmacists, Physios, Mental Health nurses and Podiatrists.  GPs work very long, intense days now, but they have appointment slots of 10-15 minutes instead of 7.5 which was standard. Many also have largely given up working out of hours and large health board run groups of doctors, nurses, paramedics and drivers do this now.

I used to have Ordinance Survey and Street Maps covering all Ayrshire in the car, and still have, but locating a house or farm is now so much easier with in car GPS systems. We relied on land line phones and answering machines and pages. Now we have mobile phones that are so smart we can watch TV on them and see as well as speak to patients via skype just like Captain Kirk and Dr Bones McCoy did in the 60s on Star Trek.

When I entered medical school in 1977, it was the first year that half of the students were women. Now there are about 3 or 4 women for every man.  It was normal to be a full time GP but now most GPs prefer to work part time. Maternity leave used to be 3 months and now it is a year.

Diabetes monitoring was very primitive, with glucose sticks as the main way of monitoring  with venous blood samples when a patient was acutely ill when I was in medical school. In the 80s BM blood testing stix were a major advance acutely and the HbA1C test used for long term information. Personal blood glucose monitors were a major advance. These can give visual information on your computer or meter. In the last few years these have been trumped by the Freestyle Libre Flash system.

The outlook for diabetic patients is also much better. There is more accurate information about dietary choices, a lot of varied insulin regimes to choose from and better patient education and partnership.

I will be leaving my GP practice and my complementary therapy and private practice but will be continuing my police and prison work, legal work and diabetes education work via this blog.

I was thrilled to be invited to the Royal Garden Party at Holyrood Palace Edinburgh on 3rd July.

The Queen, Princess Anne, Prince Andrew, Prince Edward and Scottish First Minister Nicola Sturgeon were in attendance as were 8,000 other people.

Invitations came out a month in advance. Most guests are invited due to having a role in public services, the armed forces, youth work or for humanitarian work.  I saw two dogs who were both Labradors wearing service uniform.  I was invited due to my General Practice work which I have been doing in Mauchline Scotland for the last 32 years. I am retiring from this aspect of my career in January next year.

The weather was great. Sunny, a little cloud and not too hot. Despite floods the week before and rain a couple of days later, we managed to hit a sweet spot. The grass had dried out too so was good underfoot. The ground didn’t turn into a quagmire in other words.

Organisation was very slick and the large group of guests were ushered in via three entrances well staffed by police to allow security checks.  Tea and food pavilions were well laid out with about 15 stations in each of two rectangular open marquees.

The toilet facilities were portaloos of a very good standard and most importantly there was about four times the number of cabins for women as men. This meant that the queues were always similar for each gender. Someone has done the maths!  Theatres and other public venues take note! Additionally they had guest wranglers who made sure that everyone came in and out of the cabins in the most efficient manner possible.

Music was provided by two different military  bands. One male and one female. The Queen’s bodyguard were in attendance. These old gentlemen had long arrows with them and each had a golden eagle feather in their caps. They were very helpful and interesting to talk to.

There was a good choice of snacks and drinks. Tea, cold coffee, water, and apple juice.  Cucumber sandwiches, salmon on oatcake, chocolate cake, Victoria sponge and macaroons for example. Unfortunately all were wheaty and carby so I didn’t have anything to eat. Surprisingly I only saw one seagull the whole time.

People were dressed as if they were going to a wedding. Fascinators dominated the women’s heads compared to the hats by about 7 to one. The gardeners must have been delighted to get the lawns aerated by about 8,000 high heels.  By 5 pm many women were nursing their sore feet and walking about in their stocking soles.

There were many uniforms in evidence and some top hats from the men in morning suits. It was evident that a lot of people knew each other.  This didn’t work out for myself and my husband. Although we knew of three other couples who were going, we never managed to see them.

Our vantage point for the Queen’s entrance was at a higher point in the garden. Thus we had a good view of her and the group, but we were so far away that we couldn’t have identified anyone except for the colour of clothes they had on.  The Queen wore pink. Anne wore Aquamarine, Nicola wore white. Andrew and Edward wore morning suits. They all had umbrellas.  No doubt they had been  caught out before.

This was an interesting and memorable day.