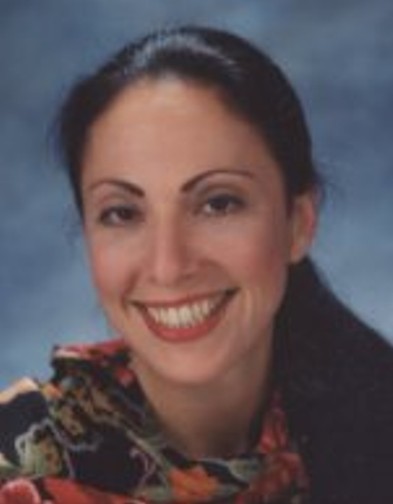 The two dietary plans I wish to discuss in this section are Dr Bernstein’s and Dr Jovanovich’s plans.  Both of these diets call for a restricted amount of carbohydrate at each meal. Both doctors are type one diabetics themselves.

Dr Lois Jovanovich works in Santa Barbara California [she’s now retired as chief medical officer at the Sansum Diabetes Research Institute and works part-time). She treats all kinds of diabetics but has a particular interest in improving the outcomes in pregnancy for type one, type 2 and gestational diabetic women.

Lois advocates a ceiling of 30g of carb for each meal. If a snack is necessary it should be no more than 15g.

She admits pregnant patients for stabilisation of their diabetes as soon as a pregnancy is known about. By careful diet, exercise and insulin treatment her aim is to achieve non diabetic blood sugar levels. By this method she has greatly improved the outcome of these pregnancies for both mother and especially the babies.

It is important to note that the carbohydrate values she gives are limits not targets. The goal is to achieve as normal blood sugars as possible. If you can get there at 30g of carb a meal that’s okay, but if you don’t, you go lower. 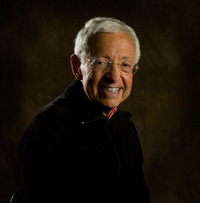 Dr Richard Bernstein works in Marmaroneck, New York State and has spent more than 30 years in practice dealing with diabetic and pre-diabetic patients. Richard was diagnosed with insulin deficient diabetes when he was 12. He followed standard dietary advice, but by his 30s had severe and life-threatening complications affecting his blood vessels, eyes, kidneys, heart and joints.

There were three factors that turned his life around. He was an engineer who was used to solving problems. His wife was a physician who helped him buy the first portable blood sugar meter that was only sold to physicians. He knew his life was on the line and this made him determined to beat diabetes.

After considerable research he found that the way to stop the painful and debilitating complications of diabetes was to maintain normal blood sugars as much of the time as possible.

“The Law of Small Numbers” is the core of his method of controlling blood sugars.  There are many things about diabetes you cannot reliably control but the ones you can – you do.

Regarding diet you can predict what rise in blood sugar you are likely to have simply by eating foods that will affect your blood sugar in a small way. Even if you were to measure foods accurately there can be as much as 20 percent error allowed to the manufacturer when listing ingredients. If you stick to low levels of slow acting nutritious carbohydrates such as vegetables the results will be more predictable than large amounts of rapid acting carbohydrates such as bread, rice, potatoes or sugar.

Covering carbohydrates with insulin is a task full of uncertainty. There is about a 30-50 percent variation between the effects of the same insulin amount injected from jag to jag. This can be minimised by reducing the amount in any one injection to 7 units or less and keeping the carb count low with the gradual release of sugar that comes from vegetables high in cellulose.

For type one diabetics three meals a day is best. This minimises insulin injections and gives opportunities three or four times a day to correct the blood sugar to normal levels.

By careful experimentation Richard discovered what factors made his sugars stay normal and what factors made them go too high or too low. Many of his complications started to reverse including the kidney disease, neuropathy, heart and eye disease.

To his surprise and eventual dismay Richard found that the medical profession of the time were not interested in his results, his method or his meter. So he decided he would need to become a doctor himself in order to let patients know of his success and he entered medical school at the age of 45.

Dr Richard Bernstein’s publications contain comprehensive and detailed advice that is based on what works for diabetics. In particular he emphasises the benefits of a very low glycaemic/carbohydrate diet. Much of what he says is still in conflict with the advice that is given out by The American Diabetes Association, Diabetes UK and most NHS dieticians and diabetologists. Unlike these people and organisations, however, he is absolutely rigorous in letting the reader know the scientific fact that underpins his advice.

The reason you are reading how to look after you diabetes on the web instead of from your local diabetes team is that the medical establishment are thoroughly entrenched in their high carb/low fat ways.

Unfortunately if you eat the way many diabetic clinics tell you to you will make it unnecessarily hard to control your blood sugars and this will make the development of diabetic complications inevitable.

Dr Bernstein’s dietary plan is at the strict end of the low carb dietary scale. The diet consists of planned, carefully measured, prepared and consistent amounts of protein foods and non-starchy vegetables. In addition double cream, cheese and soya products are allowed. You can have some low carbohydrate sweeteners and beverages.

He aims to give suitable and small amounts of carbohydrate required for good health with the trade-off that minimal amounts of insulin will then be required from the pancreas in type twos and by injection for type ones.

The exact monitoring system and ways to trouble shoot problems that crop up along the way are described in detail with a full account of the rationale. The reasoning is impeccable, the results are impressive. The difficulty is that it is a tough plan for most of us who enjoy eating at least some fruit, grains and starches.

The food is pleasant to eat as tasty fats, spices and herbs are used to give a wide variety of flavour.  The Bernie forum members have experimented with ingredients so you can eat home-made cakes, biscuits, bread as well as main course and starter dishes. I would say that the difficulty lies in the daily planning and meal preparation that is needed. It is the consistency in doing this day after day that can be particularly hard to do.

You do need motivation to follow Dr Bernsteins diet for long periods of time. If you are on insulin, however, you do need to be highly consistent with your meals for control and safety in any event.

If you already have the complications of diabetes and can see that you are steadily getting worse you may now be at the point that you will do what it takes. If you are a type two diabetic who is really keen to avoid insulin injections now or in the future this plan offers real help. Although diabetes is still an incurable chronic disease it is very treatable and the long-term complications are almost fully preventable.

You will get the best results from reading Dr Bernstein’s book “Diabetes Solution” particularly if you are insulin dependent.  Those not on insulin could read “Diabetes Diet.” You may also find listening to his podcasts and CDs and joining the forum on his website to be of interest and informative. It can help to chat on line to people who have similar difficulties to you.

When you change your eating pattern so radically it can help if you live with someone who can help you with your diabetes and food preparation. The transition phase is the most risky for insulin dependants having hypos.

Although Dr Bernstein himself advocates a rapid transition to meals of 6 and 12g of carb at a time, he can do this because he is very experienced and keeps a daily check on his patients till they are stable.  Outside of this situation I would always advocate a planned and stepwise reduction in carbohydrate intake.  You can read more about this in the “Atkins in Reverse” chapters in the all diabetics section. At the very end of the course I give another strategy that involves an initial change to 30g of carb per meal and three meals a day for type ones.

You will need to monitor your sugars much more closely in the transition phase and adjust your insulins downwards with care and in response to your blood sugar readings. It does take considerably longer to get stability than if you were one of Dr Bernstein’s patients, and your carb cravings will continue for longer, but it is the only way to do this in safety without the direct supervision of an experienced health professional.

Due to the high level of consistency required and more time and effort into sorting out your diabetes than you have probably ever done before, I do not recommend you start this plan until you have overcome any major outstanding personal or domestic issues. You can do this plan even if you don’t have much money, but if your life is chaotic and you don’t have support I suspect it would be just too hard.

Dr Bernstein’s entire plan is well worth reading for the detailed information he provides about all aspects of diabetes management that is not easily found in one place. I see his plan as an ideal to aim for if you are looking for optimal control over your blood sugars. The most helpful part of the low carb dietary strategy that Dr Bernstein recommends is that hypoglycaemia is greatly reduced. The whole family can sleep well at night.

Even if you do not follow the plan to the letter you are very likely to get much better control than you are already getting now by a planned adoption of the aspects of the plan that you CAN achieve consistently. YOU have to find out how to get the best sugars you can for YOU with the food you are happy to eat day in and day out.

Acknowledgements to Dr Lois Jovanovich’s many web published articles and lectures and Dr Richard Bernstein whose masterpiece “Diabetes Solution.” could be regarded as the core text of this course.