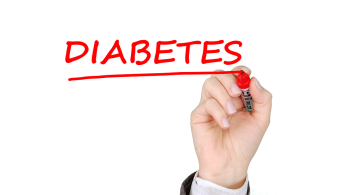 Oops! We forgot to do anything to mark Diabetes Week in the UK (it finishes today), a bit remiss seeing as we’re a blog all about diabetes.

So, to make up for our tardiness, here are some interesting facts about diabetes…

And finally – in 1916, Dr. Frederick M. Allen developed hospital treatment that restricted the diet of diabetes patients to whisky mixed with black coffee or clear soup for non-drinkers. Patients were given this mixture every few hours until sugar disappeared from the urine (usually within five days). They then had to follow a very strict low-carbohydrate diet. This programme had the best treatment outcome for its time… 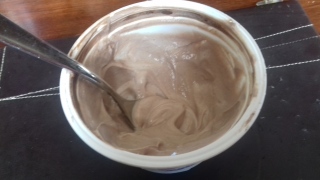 To celebrate Diabetes Week, here’s my latest low-carb pudding idea. Take about 200g Greek yoghurt, mix with a rounded teaspoon of cocoa powder, a heaped teaspoon of granulated sweetener and there you have it – chocolate cream!

Add raspberries or strawberries for extra sweetness/goodness. About 5g carbs per serving without fruit.