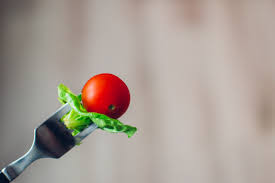 We  know about the issue of slowed metabolism after weight loss due to the lean muscle mass loss that goes along with fat loss. This is one reason why higher protein/low carb diets work better than low fat diets; because muscle mass is maintained better. Well, new information from Diabetes in Control backs up what some of us know intuitively or may have experienced personally….

New study finds that when you lose weight, you will consume more calories than necessary to maintain the lower weight.

The study showed that for every kg of weight they lost, patients consumed an extra 100 calories a day — more than three times what they would need to maintain the lower weight.

This out-of-proportion increase in appetite when patients lost a small amount of weight may explain why maintaining long-term reduced body weight is so difficult.

A validated mathematical method was used to calculate energy intake changes during a 52-week placebo-controlled trial in 153 patients treated with canagliflozin, a sodium glucose co-transporter inhibitor that increases urinary glucose excretion, thereby resulting in weight loss without patients being directly aware of the energy deficit. The relationship between the body weight time course and the calculated energy intake changes was analyzed using principles from engineering control theory.

Previous studies show that metabolism slows when patients lose weight; however, these results suggest that proportional increases in appetite likely play an even more important role in weight plateaus and weight regain.

Knowing that patients with type 2 diabetes who receive the sodium-glucose cotransporter 2 (SGLT-2) inhibitor canagliflozin (Invokana) as part of a glucose-lowering strategy excrete a fixed amount of glucose in the urine (which causes weight loss), they used a mathematical model to calculate energy-intake changes during a 52-week placebo-controlled trial of the drug, in which 153 patients received 300-mg/day canagliflozin and 89 patients received placebo.  Using this approach meant that the participants who received canagliflozin consistently excreted 90-g/day glucose but were not aware of the energy deficit.

Previously, the researchers had validated a mathematical model to calculate the expected changes in caloric intake corresponding to changes in body weight (Am J Clin Nutr. 2015;102:353-358). They input the current study data into this model.

“Our results provide the first quantification of the energy-intake feedback-control system in free-living humans,” the researchers write.

They add that in the absence of “ongoing efforts to restrain food intake following weight loss, feedback control of energy intake will result in eating above baseline levels with an accompanying acceleration of weight regain.”

The findings suggest that “a relatively modest increased appetite might explain a lot of the difficulty that people are having in both losing the weight and maintaining that weight loss over time. From the results it was concluded that, while energy expenditure adaptations have often been considered the main reason for slowing of weight loss and subsequent regain, feedback control of energy intake plays an even larger role and helps explain why long-term maintenance of a reduced body weight is so difficult.

The findings suggest that an increased appetite is an even stronger driver of weight regain than slowed metabolism. “The message to clinicians is to not only push physical activity as a way to counter weight regain but also use medications that impact appetite.”

In summary, the researchers conclude the few individuals who successfully maintain weight loss over the long term do so by heroic and vigilant efforts to maintain behavior changes in the face of increased appetite along with persistent suppression of energy expenditure in an omnipresent obesogenic environment. Permanently subverting or countering this feedback control system poses a major challenge for the development of effective obesity therapies.