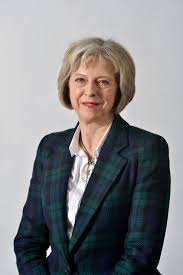 As of today, the UK has a new prime minister – Theresa May.

Theresa May has type 1 diabetes. She was diagnosed later in life than is usual with type 1 – and she was misdiagnosed with type 2 initially.

I’ve never harboured political ambitions. I’ve no idea how you would go about devising the best practices and policies for running the country. And Ms May’s biggest job at the moment is negotiating the exit from the EU.

But her appointment did get me thinking. How on earth do you cope with diabetes and the heavy responsibility of country leadership? Fair enough, she’s had a senior political role for some time so the transition probably isn’t that much of a leap, but even so… How do you do it?

What happens if you have a hypo in the middle of Prime Minister’s Question Time? My brain starts to go slightly mushy and I get easily confused when I’m hypo. Mushy brains don’t lend themselves to debate.

How do you cope with the interruption of routine? My diabetes is best controlled when routines stay constant – the same time for meals, the same levels of activity, the same sorts of foods and the same time to bed. Life at any kind of senior level doesn’t lend itself to regular routines.

Anyway, I don’t agree with her politics, but I don’t – and wouldn’t question – her ability to do the job. It’s interesting to reflect on the impact of a chronic condition on someone working at that kind of level. Diabetes often requires huge efforts of will power – overcoming the tiredness, forcing yourself to be organised enough to remember all your equipment and carry spare food and sweets just in case etc. Sometimes, all you want to do is sleep, the prospect of even a conversation too exhausting to cope with.

When you’re working at Theresa May’s level, you must need vast quantities of that will power and determination. Ms May, I salute you.